Enteroliths
A Serious Cause of Horse Colic

Enteroliths is derived from the Greek words 'entero' meaning intestinal, and 'lith' which means stone.

There are many causes for colic, a general term for abdominal pain, in horses but intestinal stones (enteroliths) is one of the most serious because the large ones can cause fatal blockages unless surgically removed.

These stones can also cause intermittent colic because they can move and periodically obstruct passage of feed through the bowel.

Analysis of these deposits indicate that they are made up of a crystalline material called struvite which contains magnesium, ammonium, and phosphate.

The enteroliths form around a small foreign object swallowed by the horse such as a pebble, sand, wood, or plastic, and grow much like a pearl grows around a grain of sand in an oyster. To continue growing, the enterolith needs a supply of magnesium, ammonium, and phosphate as well as a relatively alkaline digestive tract. 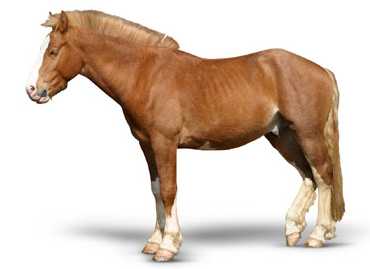 To help prevent enteroliths from forming, researchers at UC Davis School of Veterinary Medicine suggest that you: